Affirmative Investments is happy to announce the completion of the Horizons for Homeless building. The building is partially leased and tenants are expected to move in this fall. See below the feature on the Boston Business Journal and read more on the new building and the mission Horizon for Homeless has in place. 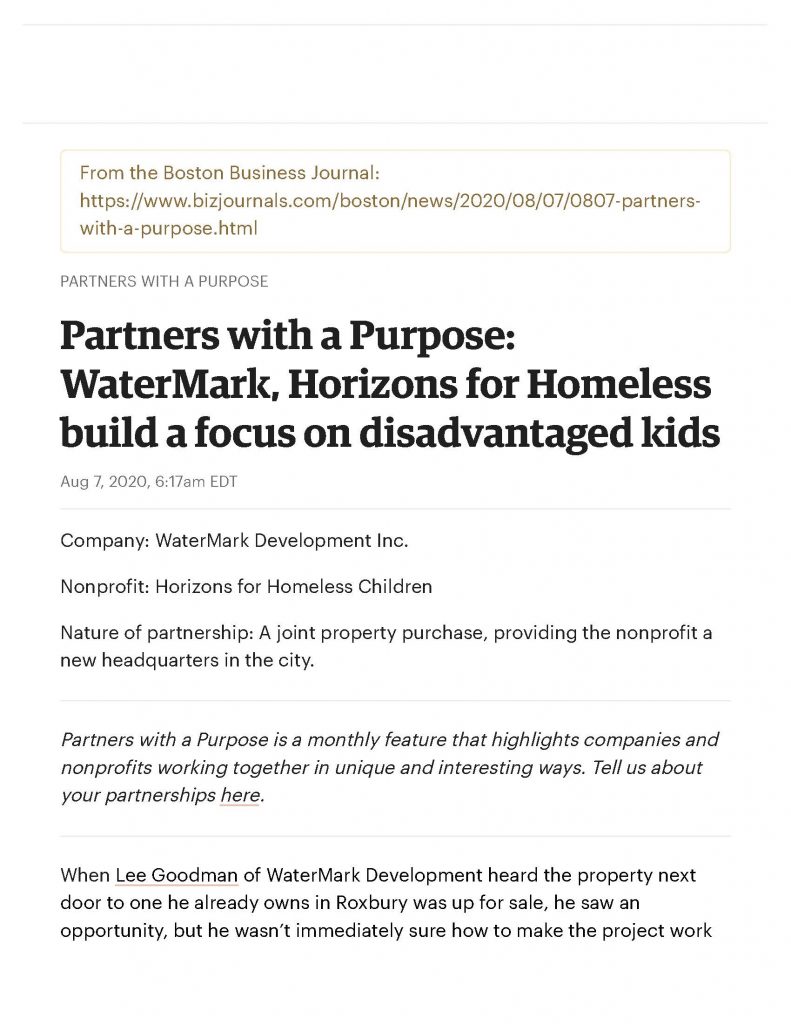 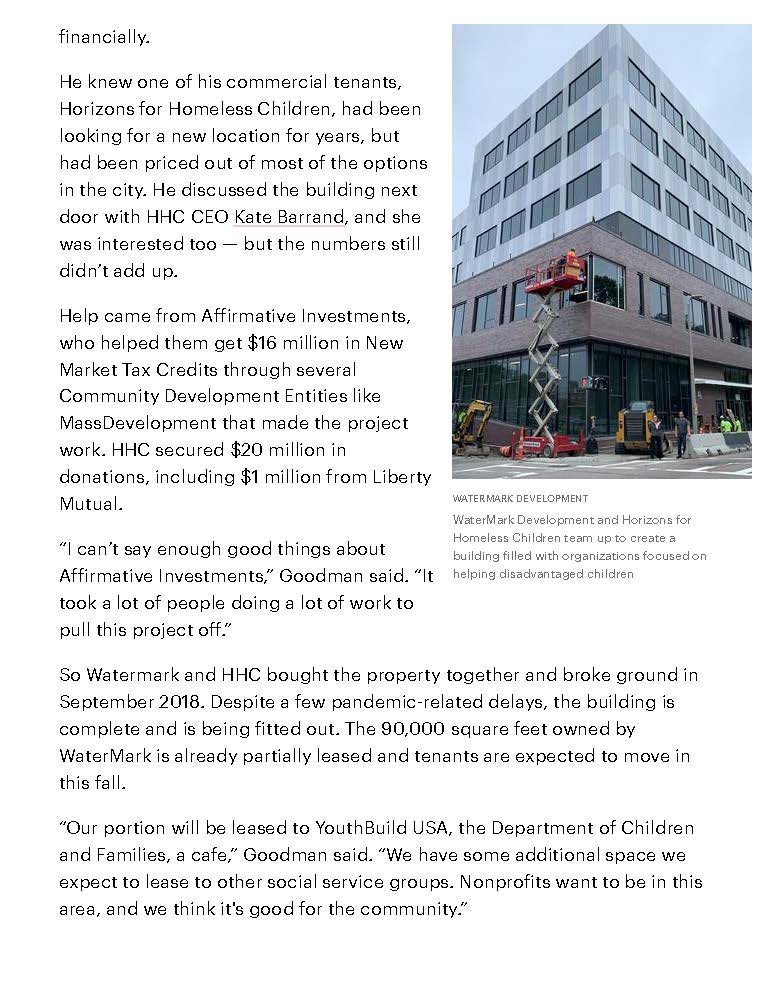 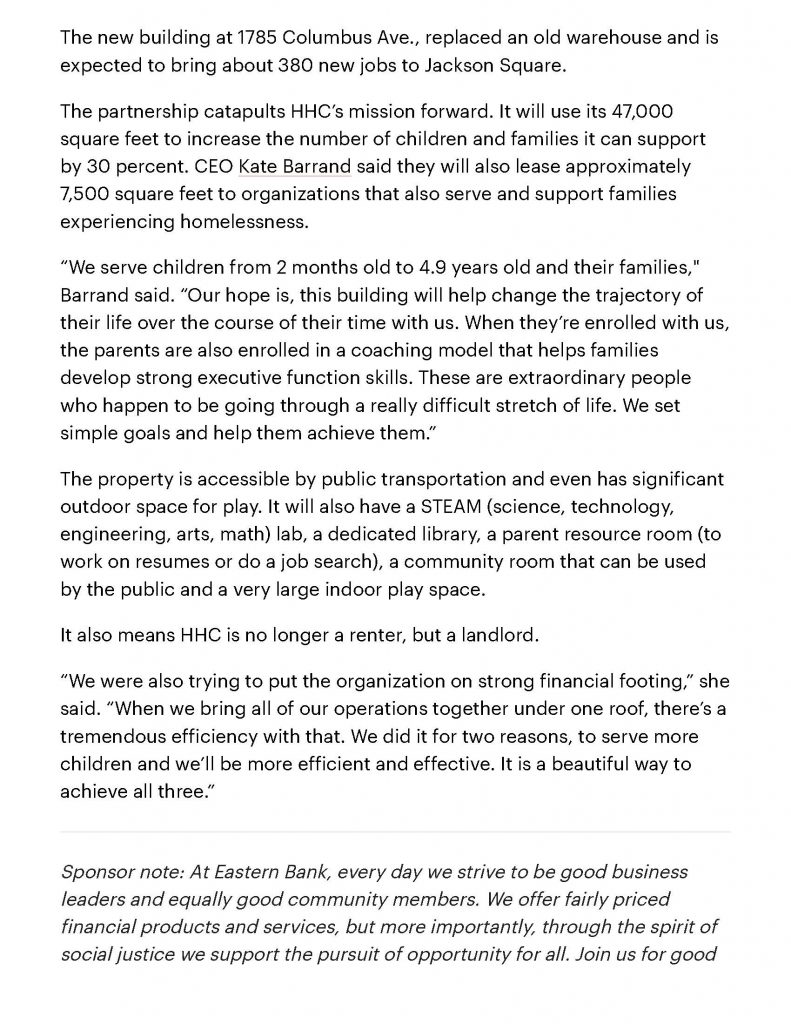 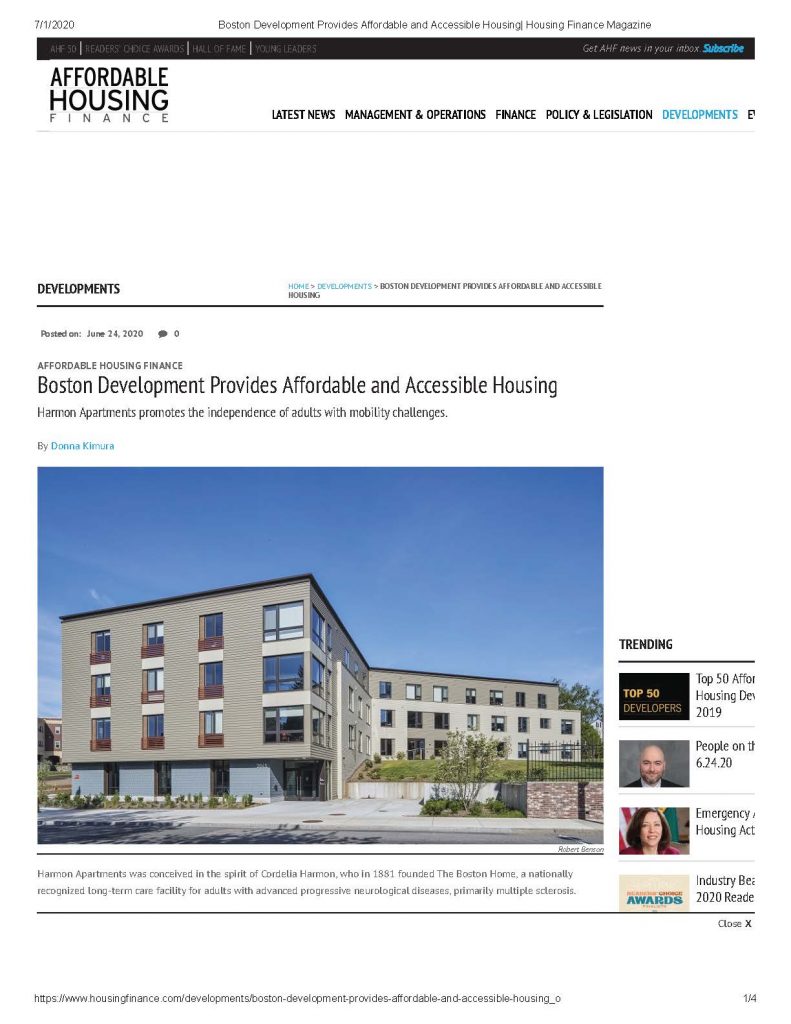 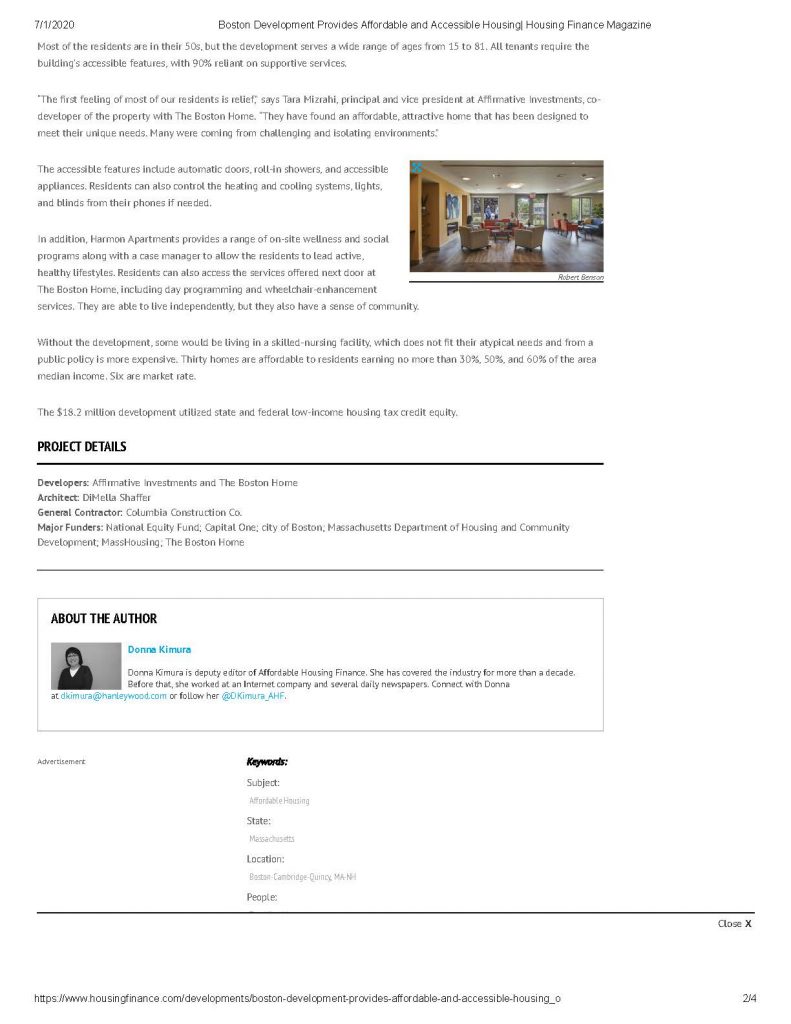 The magazine, Building Design and Construction published an article 8 noteworthy multifamily projects to open in late 2019 and Harmon Apartments was featured as number 6 in their top 8 noteworthy projects. Affirmative and The Boston Home are extremely proud of this project, and happy to say all 36 units are leased up! 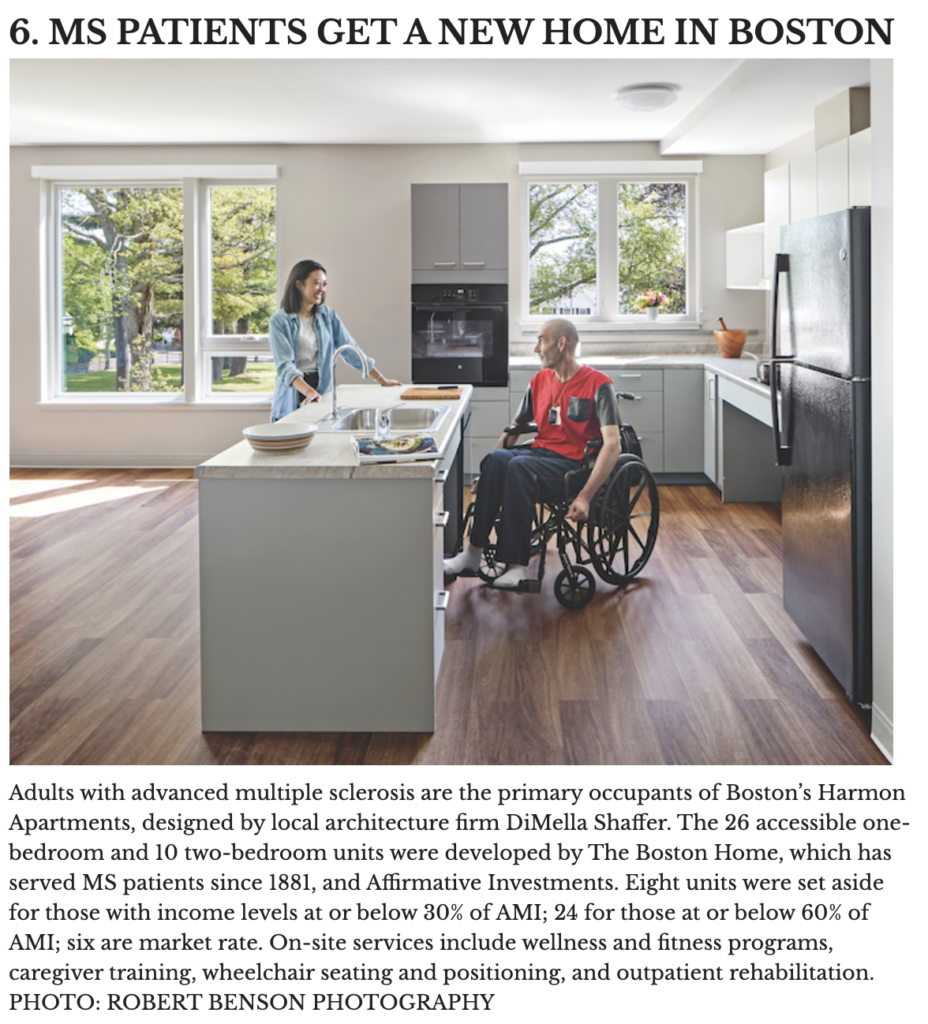 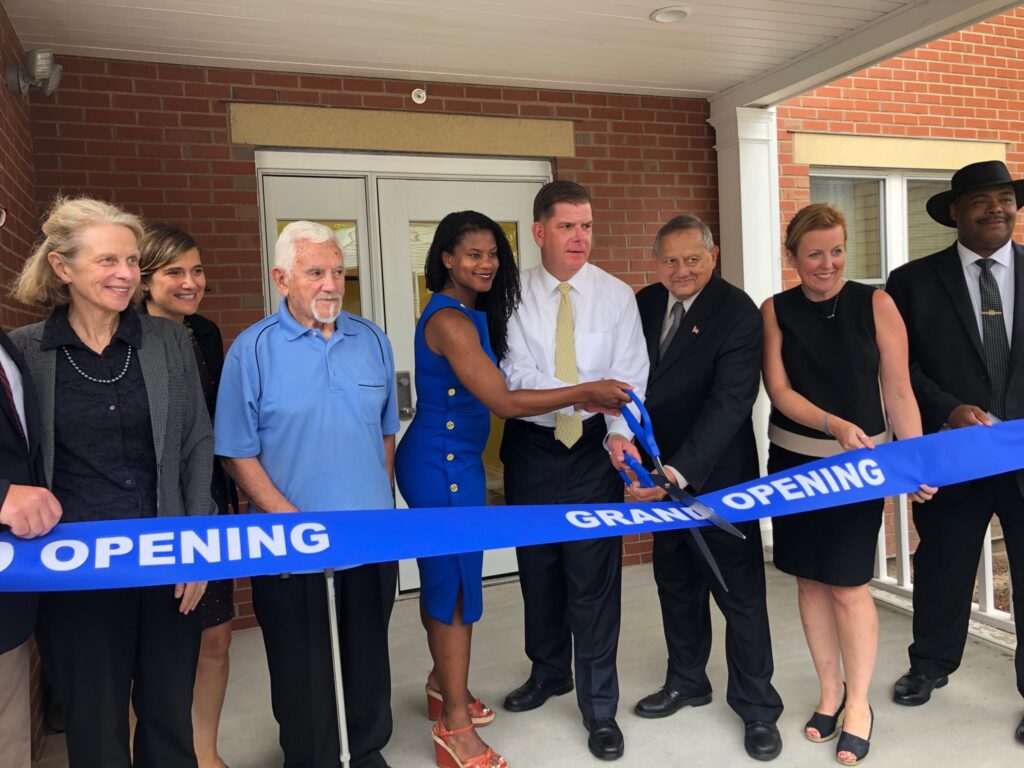 East Boston Community Development was joined by Mayor Marty J. Walsh, the East Boston residents, and local elected officials to celebrate the groundbreaking for Paris Village. The new apartment building is a $14 million residential community that features 32 affordable apartments for working families in East Boston. “High quality, affordable housing for working families is the key to opportunity. Creating equitable housing like Paris Village preserves the rich character of Boston’s neighborhoods”, said Mayor Walsh. Located in one of Boston’s fastest growing neighborhoods, near restaurants and variety of arts, cultural and outdoor amenities and activities. Paris Village is also located close to the MBTA blue line, downtown Boston and Logan International Airport. The apartments will be rented to individuals who are earning at or below 60 percent of the area median income (AMI), with four of the families earning 30 percent of AMI or below. “As we see so much change in East Boston it is important that we create and preserve affordable family housing for all of the hard working residents of East Boston,” said Albert Caldarelli, President and Executive Director of the East Boston CDC.  To read more about Paris Village click here. 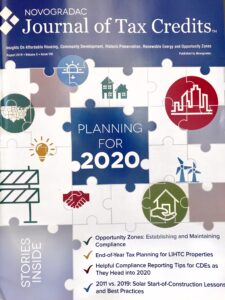 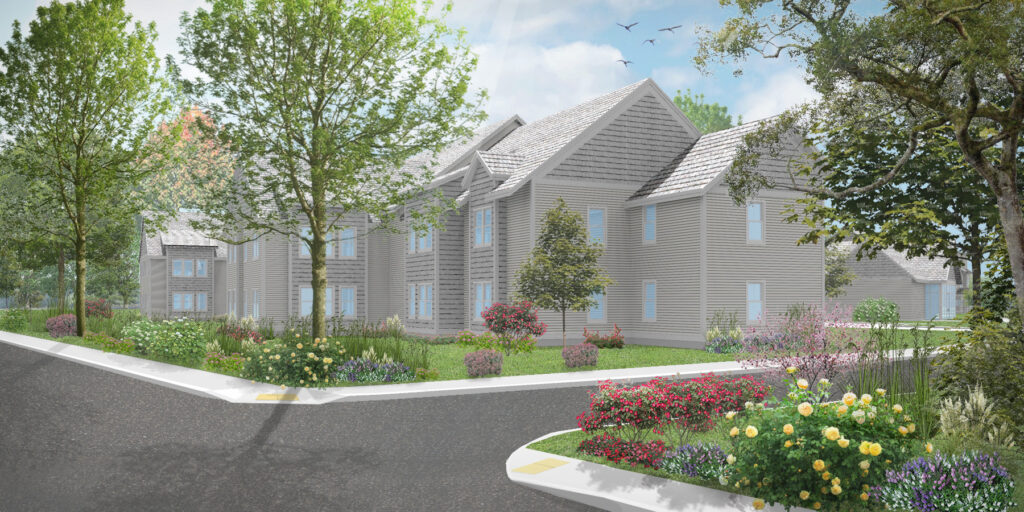 During a Tuesday tour of the construction site for the 40-unit project, state officials praised the community for its strong commitment to providing affordable housing. Located on Spring Bars Road, Little Pond Place will offer 5 one-bedroom, 21 two-bedroom and 4 three-bedroom units, spread across four buildings on land to the west of Little Pond. All 40 units will be affordable. In 2016 after inviting proposals from developers, the town selected Affirmative Investments and the nonprofit Falmouth Housing Corp to develop the project. Affirmative Investments is no stranger to Falmouth, nor to its partner on the Little Pond Project. This is the sixth project Affirmative and Falmouth Housing Corp develop together. To read more about the Little Pond Project click here. 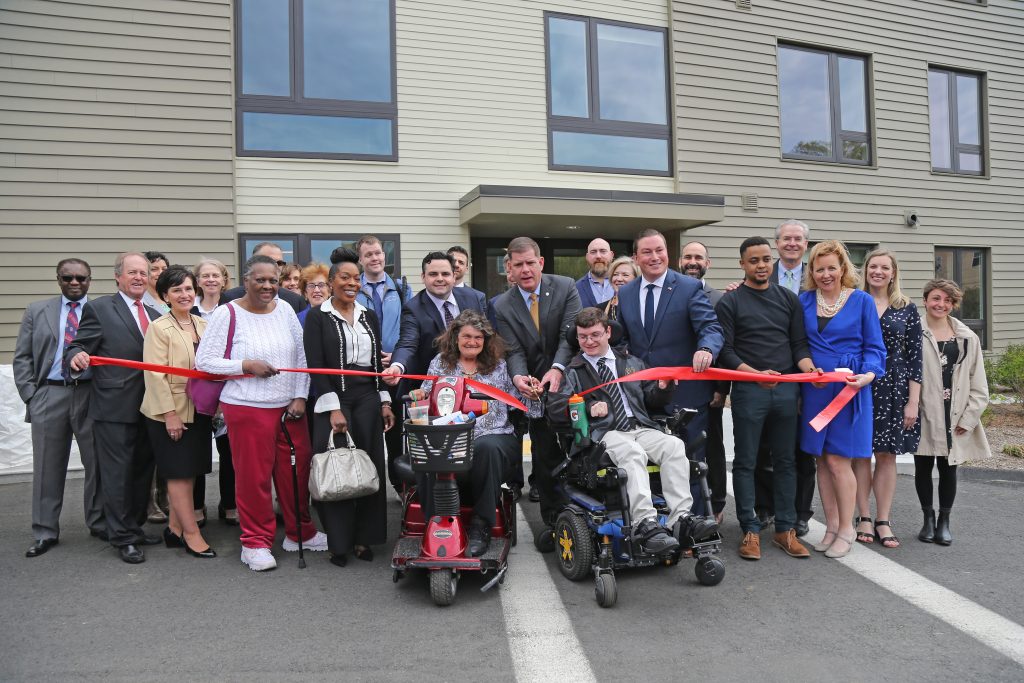 The Boston Home and City officials celebrated the unveiling of a more than $18 million housing project that provides support for adults with disabilities on mixed incomes — an initiative associated with increased housing goals from Mayor Martin Walsh, who said more attention needs to be geared toward the disabled community.

“It allows people to live with freedom,” Walsh told the Herald after a ribbon-cutting of the units at the Harmon Apartments on Dorchester Avenue. “It’s really built for people to live independently and we really have to try to do more of this in the city if we can. Instead of being in nursing homes, we should try and strive to get more people into these places.”

The project was completed by co-developers The Boston Home and Affirmative Investments. It was funded by the City of Boston, the Massachusetts Department of Housing and Community Development, MassHousing, Capital One Bank, National Equity Fund and The Boston Home.

To read more of the residents and city officials comments on the project click here. To learn more about Harmon Apartments and additional Affordable Housing projects Affirmative has done click here. 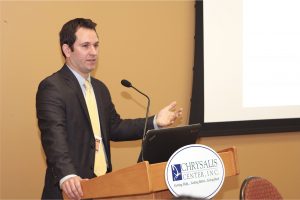 The Connecticut Health and Education Facilities Authority (CHEFA), a Connecticut-wide tax-exempt financing authority, has hired Affirmative Investments to create a CDE and manage their New Markets Tax Credit Program. CHEFA’s mission is to help Connecticut-based non-profit organizations raise the funds needed to meet their goals of improving the health and education in Connecticut. With Affirmative’s guidance CHEFA now controls the sole CDE based in CT, the CHEFA Community Development Corporation, which will help further CHEFA’s mission.

Affirmative and CHEFA hosted a NMTC workshop on April 3rd, 2019 to inform local non-profit and community organizations of this new opportunity to use NMTCs to support their projects. Over 30 different non-profits from across Connecticut were in attendance. Dave Scheltz, Affirmative’s New Markets Tax Credit Program Manager, provided an overview of the NMTC program and then hosted two panels featuring representatives from MHIC, JP Morgan Chase, People’s United Bank, BlueHub Capital, Bristol Boys and Girls Club, and Generations Family Health Center. These representatives shared their experiences using the NMTC program in their various capacities with the attendees.

CHEFA CDC is actively developing a project pipeline for its 2019 application and has begun scheduling meetings with nonprofits to discuss potential projects. If you are interested in learning more and have a project you would like to share, please contact Dave Scheltz at (617) 367-4300 or dscheltz@affirmativeinvestments.com or Dan Kurowski at (860) 761-8432 or dkurowski@chefa.com. 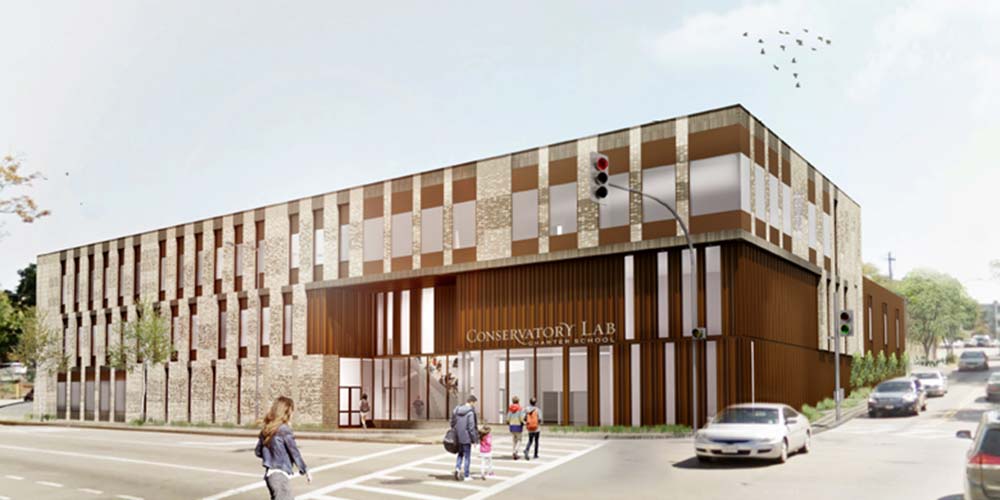 Affirmative Investments, Inc. is proud to have worked on behalf of Conservatory Lab Public Charter school to close $12MM of NMTC Allocation and a $19.2MM tax-exempt bond to finance construction of a new school building that will house 275 students in Grades 3-8. The new building will be located at 395 Columbus Ave, just a few blocks from the planned Upham’s Corner Arts District and Conservatory’s school from grades K-2. With the new facility, Conservatory Lab will have permanent homes for all of its grades and enrich the community with its unique music-based curriculum. New Markets Tax Credits were provided by Civic Builders and PNC Bank. Citizens Bank purchased the tax-exempt bond that was issued by MassDevelopment.

Conservatory Lab’s new upper school will open for the start of the 2020-2021 school year. 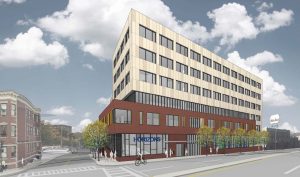 Lee Goodman from Watermark Development, Inc. and Kate Barrand, CEO of Horizons for Homeless Children, broke ground on a major, 140,000 SF social services hub in the Jackson Square neighborhood of Roxbury. Horizons for Homeless Children is a nonprofit organization dedicated to improving the lives of young homeless children and their families. Horizons provides high quality early education, comprehensive family support services, opportunities for play, and statewide advocacy work.  The Horizons Watermark Center, located at 1785 Columbus Ave, will allow Horizons to grow from 175 early childhood education slots to 225 slots and achieve financial independence by owning its own space. Other users of the building include:

The project will open in the spring of 2020 and at full occupancy will bring over 400 new jobs to the Jackson Square area.